Rotten Tomatoes said in statement that the program will include recorded panel discussions and classes with industry experts rolled out on a quarterly basis. RT Lab video content will be published on Rotten Tomatoes and accessible under the “Critics” tab. The program material is available free of charge.

Rotten Tomatoes — known for its “tomatometer” freshness scores for movies, TV and streamed programming based on aggregated critical reviews — launches Tuesday with its first two videos that focus on self-publishing with moderator Sharronda Williams, who is producer and host of the YouTube channel “Pay or Wait.” Guests include Erik Anderson (AwardsWatch), freelance critic Robert Daniels, Li Lai (Mediaversity) and Kristen Lopez (IndieWire).

In December 2020, Rotten Tomatoes revamped its Top Critics program, which the company describes as a special “sought-after” designation for Tomatometer-approved critics. Of 170 new Top Critics individually designated since the revamp, 60% are women and an estimated 25% are people of color, and 20% publish via video and podcast media.

“At Rotten Tomatoes, we remain committed to amplifying diverse voices and supporting the next generation of journalists as they look to evolve and innovate the field of entertainment criticism,” said Jenny Jediny, Rotten Tomatoes head of critic relations. “We are excited to launch ‘RT Labs’ and help aspiring critics gain valuable guidance and tools from some of the best minds in the industry.”

The efforts address a well-documented lack of diversity in critical voices. A 2018 study released by USC’s Annenberg Inclusion Initiative found that critics, like many casts in movies and TV shows, were overwhelmingly white and male. The study said that of the 19,559 reviews evaluated, 22.2 percent were written by females, with 77.8 percent crafted by male critics — 3.5 males to every 1 female reviewer. White critics wrote 82 percent of the reviews and critics from underrepresented racial/ethnic backgrounds authored 18 percent, the study said. 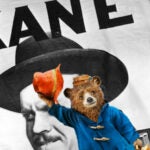 Rotten Tomatoes also has renewed its donation to the 2021 Toronto International Film Festival Media and Inclusion Initiative, awarding critics from underrepresented groups to “enhance their festival experience.” Since 2018, Rotten Tomatoes has donated more than $250,000 to film festival press inclusion programs and university and junior college-level scholarships.